Let us take care of your lighting systems, computer room environments, building power requirements, and cable tray networks. Get in touch with us today for electrical design assistance.

About Our Successful Electrical Projects

At Ray Scheidts Electric, Inc., we are more than capable of ensuring the success of your electrical projects. Our company is staffed with highly skilled experts and equipped with cutting-edge tools, and houses a huge inventory. We go to great lengths to get the job done correctly the first time and provide remarkable customer service for every job that we work on. To our specialists, no task is too big or too small. Whether you need assistance in electrical design and installation or special equipment maintenance, our team is here to help you. Read on to see what our previous clients have to say about our work.

“About 15 years ago, Richard and his brother, Steve, installed a back-up generator for our house electrical since our neighborhood was subject to regular outages. They did a great job. But since they are really commercial contractors, I have not used them since, and I forgot about them until today.

We were having some work done around the house, and the power went out to a portion of the house. We suspected a bad breaker, so we replaced it. Wrong answer. I called a residential electrician I have used previously, and he said he could come on Monday morning (it's Saturday). I then called Richard because I had his card filed under electricians and did not know why.

He told me I might have lost a neutral somewhere in the circuit and it could be hard to find. He said he would come out and take a look. When he arrived, we both realized how we knew each other. He troubleshot the problem for 90 minutes and found the solution, which turned out to be easy but obscure.

While he doesn't normally do residential, he did me a HUGE favor and at an amazingly fair price.

I HIGHLY recommend this company if you have any need for commercial electrical work. They are knowledgeable and have VERY high integrity.”

“I have been using Ray Scheidts Electric, Inc.at The San Jose Museum of Art for almost close to 20 years. They are always helpful, professional, efficient, and reasonably priced. They respond quickly and arrive when they are supposed to. They always do excellent work! Larry is the electrician that has been coming out most recently. He is smart, a creative problem solver, friendly, and willing to go above and beyond to make sure the job is done correctly. I hope to have many more years of being a satisfied customer.”

“I had them come by for an estimate for some work at my house. They did a good job. Thanks.” 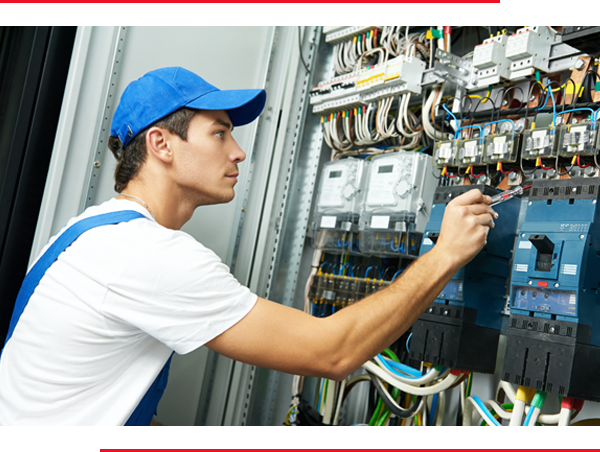 Partner with Ray Scheidts Electric, Inc. to discover why we’ve gained the loyalty of many businesses. Rest assured that our professionals can work on the electrical projects that you have in mind. Get in touch with us today for electrical design assistance. When it comes to premium commercial and industrial electrical services, trust only our licensed, certified, and insured company. We hope to hear from you soon!